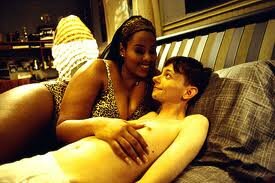 If you are a remotely observant person in this world, you must have taken note at some point of an odd little phenomenon that has existed for quite some time now. Since before anyone even came up with the term BBW, these big beautiful women have frequently found themselves on the arms of very skinny guys. They make an oddly good match, and the two body types standing next to each other make for a rather captivating visual. It is quite refreshing to see, but it makes you wonder what each of them sees in the other. They are definitely going against conventional public standards, which is always admirable in anybody.

Very skinny guys usually have at least a bit of insecurity over their meager weight. They do not know what it is like to fill out a shirt or wear a sleeveless tee with conviction. Their chests are certainly not heaving barrels of masculinity, while their legs are often mocked for resembling a chicken’s. In short, they put up with a lot of crap in the same way a BBW does on the opposite end of the scale. There is kind of a silent understanding and appreciation between the two types. They gravitate to each other in social settings and often see beyond the superficial in their relationships, though there is definitely something sexual going on, too.